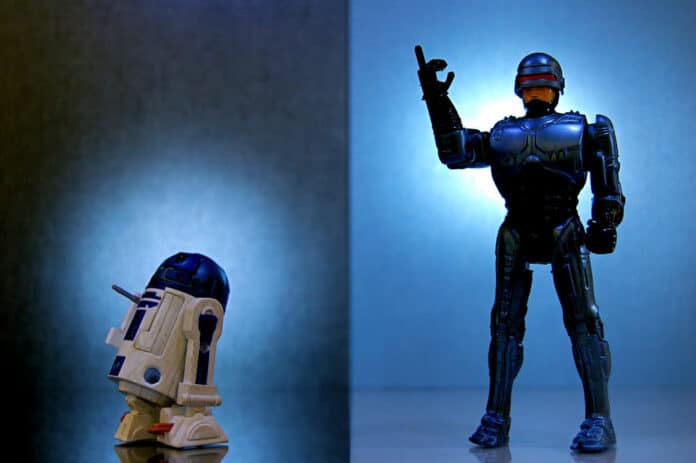 This team decided to represent their robot at New York’s TechCrunch Disrupt Hackathon. The new robot can use a combination of computer vision and sentiment analysis, which can help with identifying students that might be distressed. Afterwards, Robota will go to the student and ask them what’s wrong.

That’s not all, because when the student complaints, the robot will then convert their words into text. Next, it’ll analyze the sentences, and try to understand if the problem requires the attention of an adult. Parents and teachers of the student will also receive a text containing the summary of the student’s complaints.

Aditya Shastri, Rithika Korrapolu, and Abdullah Shareef, who are robot’s developers, have stated that children with special needs more often have problems when it comes to communicating or complaining to their teachers. Not only that but talking to any of the adults in school might pose a big problem to them. This is mostly because of their sensitivity to judgment, as well as anxiety that was noticed to happen when they believe that they’re disappointing the authority figures in their lives.

This team has decided to develop a robot that’ll be experienced as a nonjudgmental figure. The idea was that children might be more comfortable with it, and therefore more willing to communicate. Also, it was their goal to make children more relaxed as well. The prototype was created by using TurtleBot, as well as software from IBM, Clarif.ai, and Autonomous.

More and more of our health, physical as well as mental, is being trusted to robots in the last several years. Before Robota, there were other robots with similar purposes, like Paro, that was a robotic seal. It was designed to help those suffering from dementia. Next, there was NAO, that was a humanoid designed to help children suffering from dementia. Finally, there’s an Intuition Robotics’ ElliQ. This was a companion robot, and it was created so that it could help elderly people with their mental health, as well as their social connections.

Robots are slowly becoming bigger and bigger part of our lives, and are being able to assist in many different fields these days. From faster and more precise surgeries to helping patients and students with all kinds of different problems. Many expect that even more of jobs like this will be given to robots as the time goes by.

Thanks to Artificial Intelligence, Scientists can Now Predict Dementia Before it...

Virtual Skin Allows You to Move Objects with a Flick of...