We know why you’re reading this Motorola Moto E4 review:

Sometimes, in a bid to save money, you find yourself with what is essentially an electronic brick. And, despite what the latest iPhone and Samsung commercials might want you to believe, there’s nothing wrong with that.

Not everyone wants or needs a high-end phone.

Our Moto E4 review shows how this phone breaks the mold when it comes to entry-level options. If you own this phone, you know that it has features that make it worth more than the price suggests.

So, is it time to ditch smartphones that cost more than your rent in favor of this simplified device? 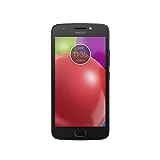 Let’s not beat around the bush with this Moto E4 review:

This Motorola phone made waves because it was on the lower end as far as price goes. It also offers better features than some phones that actually cost more.

For example, it has a fingerprint sensor, sports a quad-core processor, and runs on Android Nougat. What more could you ask from this budget phone?

If you’re looking for a budget phone that doesn’t look or feel cheap, then thank Motorola for making it so simple to find one.

The Moto E4 comes in two versions. First, there’s the all-plastic chassis that is available in the United States. Second, there’s an all-aluminum version you can find in some international markets.

Both versions measure 5.7-by-2.9 inches and are 0.4 inches thick. The Moto E4 weighs 5.3 ounces. This size and weight mean most people are comfortable holding it in one hand.

The 5-inch screen is protected by Corning Gorilla Glass 3. This glass screen offers incredible durability for the price.

The display delivers 720-by-1,280 pixels of resolution, with 294 ppi (pixels per inch). In simpler terms, the picture and video quality is not something to write home about, and you probably won’t want to watch YouTube videos or Netflix on this phone.

The Moto E4 runs Android Nougat as its operating system. It uses the stock user interface, so if you have used a Nougat device before, then you should be very familiar with the E4’s look.

It has a Mediatek MT6737 chipset and a quad-core processor. You also get 16 GB of memory with 2 GB of RAM.

If you find that you need more storage, you can pop a MicroSD card inside. Doing so will give you up to 128 GB more memory for your files, photos, videos, and music.

The Moto E4 comes with an 8 megapixel back camera. It features an LED flash and can capture HDR (high-dynamic-range) photos.

You also get 720-pixel videos captured at 30 fps (frames per second).

In front, you get a 5-megapixel selfie camera that also uses an LED flash. This means you can now take selfies in the dark.

This device comes with an accelerometer that allows the phone to recognize its orientation. It also has a proximity sensor that disables the keypad when you’re making a call, so you don’t accidentally start typing with your face.

And for those who like a swappable battery, the Moto E4 has a removable lithium-ion 2,800 mAh battery powering it.

In its Moto E4 review, TechRadar gives this phone a rating of 4.5 out of 5.0 stars. This is because of its low price point and the inclusion of features you wouldn’t expect it to have, such as the fingerprint sensor.

TechRadar does note that the quad-core processor is just enough to keep the phone from lagging. It’s also a good-looking phone with a stylish glass front.

Ultimately, TechRadar recommends this phone for light or moderate users and warns gamers to stay away from it.

Meanwhile, consumer technology review site CNET gives the Moto E4 a rating of 7.0 out of 10.0 stars.

For the most part, CNET agrees that this affordable phone delivers some great features, like the fingerprint reader, selfie camera flash, splash-resistance, and a removable battery.

However, they do note that the screen is difficult to read under bright lights. They also observed a lag as the camera processes your photos.

Finally, Ryan Whitwam at Forbes conducted his own Moto E4 review and found this ultra-budget handset a good buy for the price.

Whitwam specifically mentions the fingerprint sensor and notes that it’s more accurate than Samsung’s more expensive Galaxy S8. It’s not too often that we see phones in this price range with such a feature.

Whitwam also explains that while the Moto E4 has an ordinary 2,800 mAh battery, it provides long runtimes because it doesn’t rely on battery-draining hardware.

However, Whitwam’s Forbes review doesn’t speak highly of the camera. He says the picture quality is terrible when taking photos outdoors, but it gets even worse indoors.

Another trade-off is the slow Snapdragon 425 processor. You’ll probably experience lags when multitasking or gaming.

█ Letting the customers speak for themselves

While expert reviews are valuable resources, they’re not the be-all-end-all of tech reviews. So, how do real consumers feel about the Moto E4?

Buyers who reviewed on various retail sites like the Motorola Moto E4 because the fingerprint scanner makes their device more secure. Other users say the screen is scratch-resistant and the textured plastic backing makes it easier to hold. Some also mention the expandable storage as a definite plus.

However, some reviewers warn interested buyers about a variety of things that went wrong with their phones. Some claim that their phone’s audio stopped working, while others say that their MicroSD cards were damaged after an update.

Interestingly, many negative reviews aren’t related to the phone’s features or hardware at all, but rather because it doesn’t work on certain networks.

The Motorola Moto E4 is a low-end smartphone that doesn’t sacrifice a lot of features. We focused our search on the best mobile phones available now that are both affordable and packed with features that you normally find on more expensive handsets.

Much of our information came from reputable expert sources like TechRadar, TechAdvisor, and T3. These offered a look at the big picture when it comes to the market of budget-friendly smartphones.

Finally, we also checked to see what verified users thought of their phones.

While the Motorola Moto E4 is still available, it’s been more than two years since it was first introduced into the market. In the world of personal technology, these couple of years feels more like a decade.

But the Moto E4 isn’t the only budget smartphone available on the market.

There are very few phones that can wow both users and expert reviewers. The Motorola Moto E4 is one of them.

Given the price point, you wouldn’t expect a fingerprint sensor to be part of its features list. The fact that it works surprisingly well is a bonus — one quick scan and your phone unlocks.

Some handsets frustrate because the scanner continually fails to recognize your fingerprint. When this happens, you’re forced to unlock your phone some other way.

Will the Moto E4 be a perfect fit for you? If you’ve been paying attention to our Moto E4 review, you should already know the answer!

If you only need a smartphone for daily tasks like sending and receiving text messages, making calls, taking the occasional photo, or updating your social media, then this budget smartphone should work for you.

However, if you like watching videos or playing games on your phone, the Moto E4 might disappoint you. It’s also not for those who are heavily into photos. 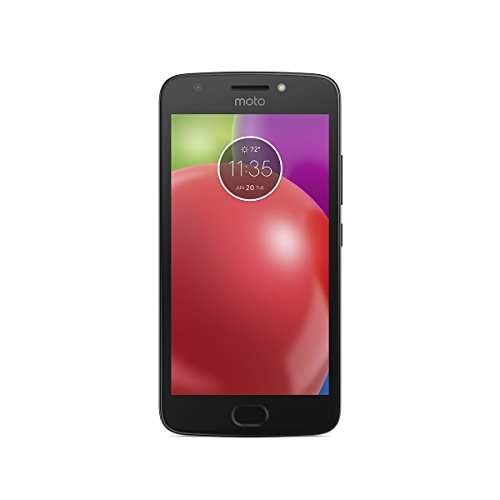 Our Moto E4 review has shown that this handset is indeed an excellent budget-friendly phone that doesn’t sacrifice a lot of features.

However, two years is a long time in the tech world. Within that time, phone parts and components have become smaller and more affordable, and new models are always trying to outperform their predecessors.

While the Moto E4 is still available from some retailers, you’ll find a better deal with the Xiaomi Redmi Note 7 and Samsung Galaxy A20. Both have a better camera, faster processor, and a bigger display.

Or, you can choose the Honor 8X for its premium looks and fast operating system.

The Moto E4 does have one of the lowest price tags among all of these options. If your wallet doesn’t allow you to splurge too much on a budget phone, then the Moto E4 should be an excellent choice.

Whichever model you end up choosing, you’ll be surprised what you can accomplish with a super-affordable phone.

Have you owned any of these smartphones before? Write your own Moto E4 review or let us know your thoughts on other models in the comments below.

Apple Unveils iPhone 7 and iPhone 7 Plus, their Release Date...