AmpMe is a new app that syncs your smartphone with other smartphones using the app to create an amplified music effect. The idea may sound dumb in the beginning but once you have at least five to ten friends in the same room synching to the music, you will realize its worth.

Here’s an AmpMe situation. You can’t carry around huge speakers everywhere all the time. And how often are we trapped in a situation when we are sitting in a circle, talking to each other and somebody grabs out his phone to play a music. The result, nobody is interested because it isn’t loud enough. Then everyone follows the suit and play the music of their likeness… everything gets out of sync.

Now you introduce AmpMe, and there’s the latest song that everybody likes. You simply sync your phones together and a dozen smartphone create a sound surround system like no other. It is really hard to convince people about it until you have really seen it in effect, it is superbly mood changing. 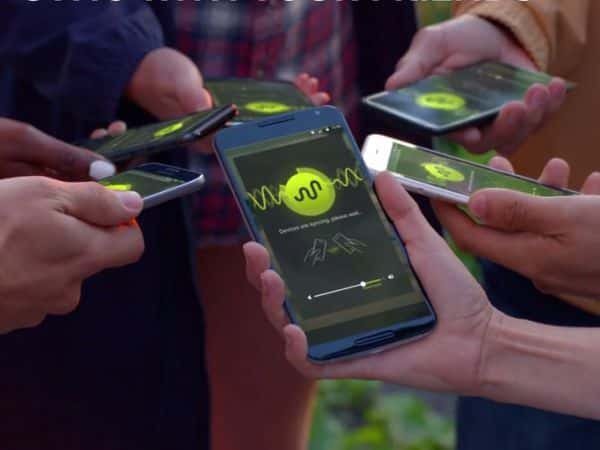 It works like all the networks do. There is a host and rest are clients, in terms of AmpMe, if you are the one hosting the free house party, rest of your friends have to listen to whatever you play because you control the playlist, get it? In short, your friends’ phones become your speakers and audience at the same time while you become the DJ. Also, forget about the 4-digit code that used to be required to connect the client phones, now the syncing happens automatically.

It doesn’t necessarily have to be smartphones. You can amplify your song to tablets and Bluetooth speakers and it could have been more fun if the app had supported multiple speakers, but for now it isn’t an option. You should also keep in mind that loud sound doesn’t mean the quality of music will be improved. The combined effect of all the phones will always be louder, but since the quality of individual phones would vary, you might need to compromise the clarity of lyrics in some cases. 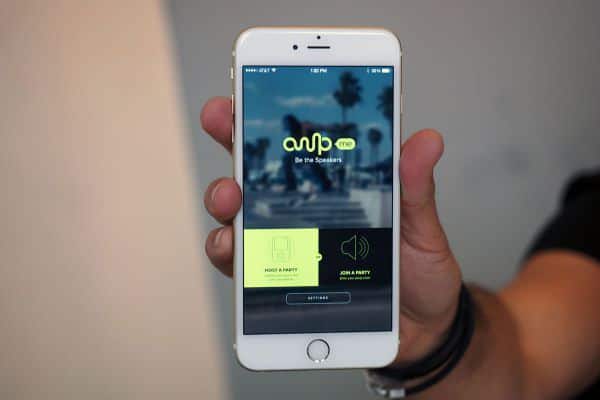 You are not limited to your local playlist, if you have good internet speed over a 3G or 4G network, simply stream the music from your YouTube playlist. Other popular music streaming service providers like Spotify and SoundCloud as well.

AmpMe Summary: A Music App to Do Speaker’s Job

The apps name is definitely a short from ‘Amplify Me’ or in more clandestine words, turns me into a speaker too. It is one of those apps that is good enough to create viral trends on the YouTube where a huge crowd suddenly turns on AmpMe apps across hundreds of devices creating super-speaker. On the other hand, it could also induce awkward requests from friends, “will you be my speaker, please!”

Muhammad Waqas is an active technology journalist and news writer. He keeps his readers entertained with the hot and happening in the world of innovations and delivers the latest news as it breaks.

View all of Muhammad Waqas's posts.