Needs a dock to charge

Could have more fitness-related options[/box]

LG G Watch R may not have beaten the Moto 360 for its modern circular design, but it has won in an even more important department – it looks like a classic wristwatch, anybody say timeless!!HAHAHA!! 🙂 sorry…


But is this enough to convince you to buy the G Watch R? Probably not. Luckily, this smartwatch has a lot more going on in its favor for $200.

The device runs on Android Wear 5.0.1, so there aren’t many surprises if you’re used to this software.

LG has put the effort of introducing several watch faces you can download, with many already available on the watch, so you’ll be able to choose between a number of themes from Classic to something random like Pacman.

Information cards haven’t seen much change from the previous LG G Watch and they’ll appear when and where Google now sees fit. For instance, a step counter card will probably be on your watch for most of the time you have it on, while some other cards you may not see for an entire day.

Swiping from the bottom of the display up will let you see at a glance what cards you have on the watch, while a right to left swipe will open more options. If you want to delete the card, you’ll need to swipe left to right.

Of course, LG has provided a tutorial which pops up when you first turn on the smartwatch. With it, getting used to G Watch R should be a breeze.

The display is a full circle 1.3 inches (diameter) P-OLED. This is slightly smaller than Moto 360, but like we said, it’s a full circle.

The only real problem with a full circle display is that there still aren’t many apps made for such displays. Most Android Wear apps prefer square smartwatches. Hopefully, this will change soon. ( I prefer square though)

Finally, props to LG for making a screen that doesn’t suffer when you expose it to direct sunlight.

You should check out the Best Smart Watches to see how they perform against the G Watch R.

One of the things that regular watches have on smart-watches is design. Most of us are by now used to putting something round on our wrists and shy away from strapping a smartwatch, even with all the advantages it has.

Fortunately, the situation changes (albeit slowly) with LG G Watch R smart-watch. While Moto 360 also has a circular design, it lacks the full circle display LG’s watch has.

Personally, I was never that much impressed with Moto 360. The watch always looked to “fat” for my taste. At 46.4 x 53.6 x 11.1 mm LG G Watch R is slimmer and looks even more like a regular timepiece.

A couple of size choices would be great, but as it turns out LG went Henry Ford on its customers by saying “You can choose whatever color you wish, as long as it’s black”. That’s right, LG G Watch R only comes in one size and one color – black.

One big downside of the design is that the bezel looks really plastic and, well, cheap. If you’re used to wearing sports watches, you won’t be bothered by this in the slightest. But, if you prefer something like the Junghans Meister Telemeter, you’ll cringe every time you look at LG G Watch R.

At least the G Watch R has a leather strap. Or at least we think it’s a leather strap. It won’t feel like it at first, but after a few days of wearing it, the leather will soften up nicely and the band will feel more natural on your wrist.

The watch is also semi-waterproof. While you won’t be able to take a dive in the pool and you probably won’t take it with you to the beach (not if you want to enter the water), you can still take a shower while wearing it. 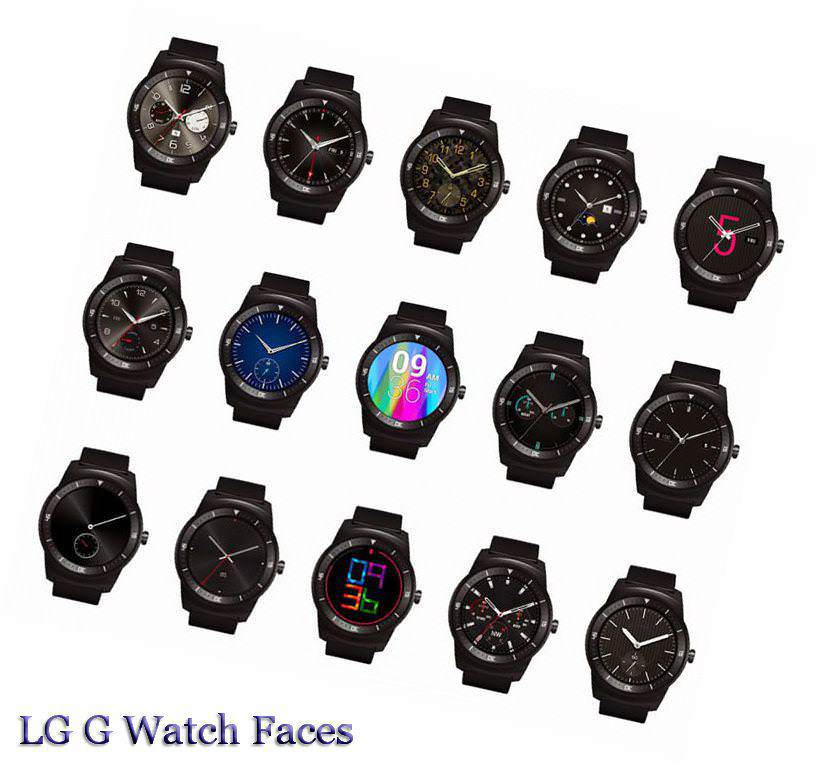 First things first when it comes to using your LG G Watch R. Go to Google Play and download Android Wear. Lots of nice apps await you there.

Of course, all the standard Google apps, like Gmail, Maps, Hangouts and Calendar are there, with the addition of a few more like Fit (for heart rate and step counting).

Some apps you’ll have to navigate on your own, which could be a bother, so you can just use the “Ok Google” and issue a voice command.

LG G Watch R also allows you to read a message stream on your wrist and reply with “Yes”, “I’m in a meeting” or similar. Or, if you like, you can speak your response.

The Watch R is certainly not a fitness watch. While it has a few fitness options, it feels very undeveloped and at most is good for a quick glance of your current performance.

One thing you should always remember doing when downloading an app for this watch is making sure it is compatible with it. Most apps are developed with the square screen in mind.

LG G Watch R comes with a relatively big 410mAH battery, which should give you about two days of normal use before you’ll have to charge it, based on usage of course.

This isn’t bad at all. Moto 360, for example, will only last one day before you’ll need to plug in the charger.

Charging the LG G Watch R is relatively easy, especially if you had the G Watch before it. The only difference is that the cradle is now round.

Of course, it would have been nice if LG added another way to charge the device. Forget the charger and watch in terror as your LG smartwatch shuts down just when you need it the most. 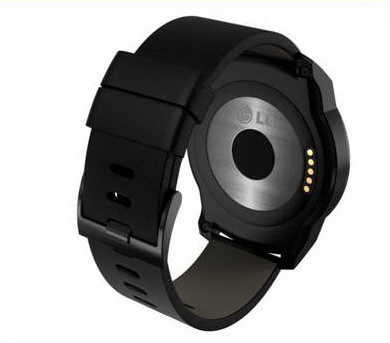 The best thing about the LG G Watch R smart-watch is that it looks like a regular wristwatch. With a good Snapdragon 400 processor inside, plenty of watch faces, a leather strap and no sun glare issues; this watch comes very close to justifying its $200 price tag.

Serious research has been undertaken to publish this content, so you're in the right place. I love technology, I believe embracing its potential for personal, business or educational advancement will pave the way forward for us all. We've all heard "knowledge is power", with this website I hope, to some degree, to empower you!

The Best Smartwatches for Women