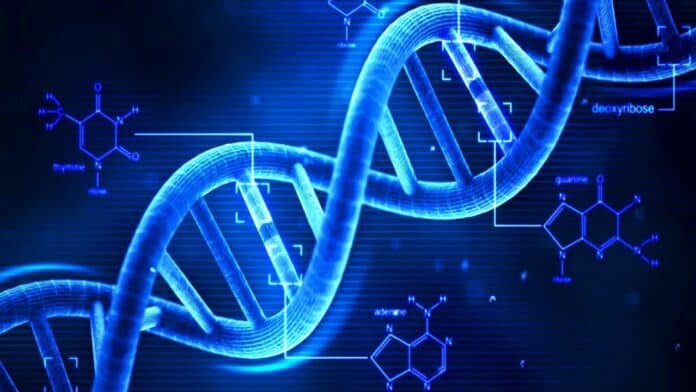 Iceland researchers from deCODE Genetics were able to partially recreate the DNA of a man who’s been dead for over 190 years. The scientists reconstructed the genome without using any of the man’s physical remains.

A major breakthrough in genetics recently took place in Iceland when scientists managed to partially reconstruct the DNA of a man who has been dead for over 190 years. With people talking all the time about bringing mammoths or other extinct species back from the dead, it may seem like this recent achievement wouldn’t be such a big deal. But it is. The researchers from deCODE Genetics managed to recreate the DNA without using any sort of physical remains from the man, which is why this discovery is so important.

Under normal circumstances, you would need some sort of remains like hair, bone marrow or bits of skin in order to attempt DNA reconstruction, however, the scientists came up with an ingenious method that doesn’t require any of that. Instead, the team over at deCODE Genetics was able to trace the man’s lineage back to the present and used his descendants to recreate his DNA. Even though they were only partially able to reconstruct the person’s genome in this particular case, the research has yielded some very interest results nevertheless.

The DNA belongs to Hans Jonatan, a man of African origin who moved to Iceland and had two children before he died in 1827. The researchers used genealogical records to find no less than 788 people from the man’s family line and analyzed DNA samples from 182 of them. However, a full genome sequencing was only achieved for 20 of them. Using these samples, the team was able to recreate 38% of Jonatan’s maternal genome. The researchers were also able to deduce that his mother was from West Africa. More specifically, Benin, Nigeria or Cameroon.

Jonatan is believed to have been born in the Caribbean in 1784 to an African mother and a European father. Records show that he moved to Iceland in 1802 and was one of the first people of African origin to settle there. Migrations to Iceland during that time were very rare even among European countries, so Jonatan’s case is pretty unique. Between 1930 and 1980 only about 00.7% to 0.6% of the total number of Iceland’s immigrants were from outside Europe. Those percentages were probably even smaller more than a century prior when Jonatan arrived there.

Due to these rare circumstances and the fact that Jonatan’s family line could have been the only one of African heritage to thrive in Iceland before the 1920s, reconstructing his genome was easier than it would have been otherwise. Despite that, deCODE researchers believe that they should be able to reconstruct the genomes of virtually anybody, including people who have been dead for even longer, provided that their descendants are known.

Novel Gene Therapy to Treat Blindness Approved by the FDA