Autonomous cars still have a long way to go, but they are on the right path. The UK government is looking for ways to further self-driving cars research and also keep roads safe.

Many automakers, companies and even governments are entering the driverless car market with much anticipation. The market seems to be the future and everyone wants to pounce on the market whilst it’s still young. But besides the technology that is all so important, what about the passengers in the car?

The recent death of Elaine Herzberg, in the United States last week has brought back questions about driverless cars. She was wheeling her bicycle at night when she was hit by a self-driving Uber car. Questions arose about the driver who was in the car at the time. What was the driver doing at that time? Did they have time to react, and were they at fault. These are some of the questions that have just started to come out all over again.

The UK Autodrive group, a group of companies led by Arup, chimed in with their opinion. The group recently started a self-driving car initiative in the UK and they are taking it in strides. The project director for the group, Tim Armitage, said the incident which took place last week was dreadful. He also reiterated that it was of paramount importance that people not hype the technology beyond its abilities. He also noted that the incident was terrible for everyone involved including the driver of the car.

The UK Autodrive group is also funded by the government and they have invested £250 million in the project. The money is meant for projects which include at least 1,000 people according to estimates. He says that the Department of Transport expects the growth of the industry to be at least £50 billion worth to the economy. The current automobile industry contributes £58 billion, so there is definitely a lot riding on the autonomous car industry.

The government is trying to lure people excited by giving out grants for research into the industry. Through these, they have brought in substantial partners and they are all working together to further the industry. This is different to the US scheme which sees different companies competing against each other for the market.

The UK has four major groups which are all government sponsored. All the groups have developed their own way of tackling the issue of self-driving. Some of the issues picked up include judging the drivers’ behavior together with that of the people outside. The challenges of motorways and understanding disabled people and the elderly are also included. At the end of the day, all the research is to create a safe driving environment for everyone.

It will take some time to better understand how to use autonomous cars but research is progressing well. In the modern day and age, where life is fast-paced, any small mistake might lead to fatal consequences. Though not fully operational yet, self-driving cars are clearly the future and it is best to embrace them at an early age. 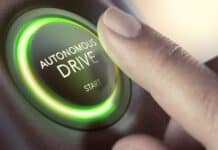 More iPhones to be Build in India by Wistron