Smart homes are here. People are automating more and more things around their homes to turn the world of science fiction of yesteryears into present day reality. Electricity lit up houses; now smart devices automate the task so that you don’t have to even move and turn appliances on and off manually. You can do so while comfortably nested on your couch, while you are on the way home from work, or while you are out on vacation. The easiest way to get all this done is through Smart Plugs.

7What are Smart Plugs?

Smart Plugs are devices that fit into your ordinary electrical socket and are able to toggle any appliance that is connected to them. So if you connect a lamp to a smart plug, you can turn it on or off wirelessly whenever and wherever you want. It turns an ordinary appliance into a smart device which you can control through apps on your smartphone.

Although there isn’t much more to smart plugs than allowing you to turn appliances on or off or energy monitoring, there are many advantages of having such a device. Since you can control appliances wirelessly and turn them on or off automatically, these devices help you turn off appliances when they are in standby mode, thus helping you save energy.

There is the security aspect to consider as well, as you can set up this device to go on or off in accordance with your home security systems. You can schedule when your appliances turn on automatically, meaning you can have your morning coffee ready when you come to the kitchen, or come home to a lit up home. All in all, a smart plug is a small but vital cog in the smart home environment.

The TP-Link smart plug is one of the best wi-fi smart plugs you will find. Although there are other smart plugs which are smaller or offer more features, none can match the energy monitoring functionality and general reliability and responsiveness that come along with the TP-Link Smart Wi-Fi plug with Energy Monitoring.

The seamless integration with Alexa and the neat app make it even better. The ‘Away’ is especially useful for keeping your home safe from burglars since you can turn your lights on randomly to give the pretense that you are home. 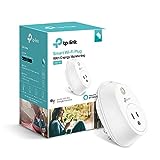 This is a smart plug that topples the TP-Link variety in many listings since it is a close competitor. The idevices switch takes a lot of care to ensure that all areas are covered, and customers have next to nothing to be miffed about.

Everything, from the design to the functioning and the app, has an efficiency about it that you expect from such devices, though don’t find it too often. You can connect all kinds of appliances, and it has a unique night LED strip that allows you to have the display colour of your choice. Scheduling and overall usage is never easier than it is with the iDevices switch.

The Belkin Wemo smart plug is a decent option to consider, but it pales in comparison to some competitors because of some issues. If you talk about the general functioning of the Wi-Fi smart plug, you won’t find much to complain about. However, a holistic analysis will show all the little cracks on the device that leak out its popularity to some degree.

You won’t find any problem in getting it paired with your Amazon Alexa or Google Home. You will probably be impressed by seeing what prominent sponsors have to say about it, and the design does deserve praise. However, the size and a few other issues bring it down from what it could and should have been. 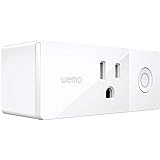 There are a few issues with ConnectSence Smart Outlet, like it is not Alexa or google Assistant compatible, but it is still good enough to be counted as one of the best Wi-Fi smart plugs. The first thing that comes to notice is the sheer size of the smart plug, which is huge. But when you consider that you get two ports to plug in two appliances, the size looks much less a problem. 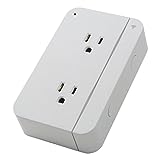 This is one of the newer smart plugs in the industry and validates the old adage that looks can be deceiving while refuting the one that says the first impression is the last impression. The Geeeni Energi Wi-Fi smart plug is not attractive and is quite bulky. But when you look beyond the exterior, you see that the working of this smart plug is extremely fine-tuned.

While you would never use that term to explain its design, you would be compelled to when talking about the working. The remote control, scheduling, power monitoring, and connectivity all are top notch. IFTTT support isn’t there yet, but there is every sign that this smart plug will go places. Its pricing is the best thing since it is one of the cheapest smart plugs out there. Also, check out the big brother smart surge protector with USB. 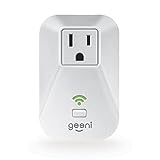 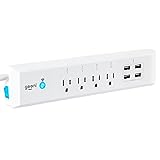 Smart plugs are an essential part of any smart home. Whether it is the TP-link smart plug or the Wemo smart plug, there is something good and something bad with each of the smart plugs you will find on the internet. But choosing the right one depends on how you wish to use it.

With the right amount of research, you can make the right decision and ensure that your smart plug investment pays dividends in terms of improving the quality of your life by making your home an entity of the future in the present.

With more advancement set to take place in the smart home industry, more players will enter the fray pretty soon. But the top players usually stay ahead by making the right adjustments at the required time, which is why many of these smart plugs have been around for a few years already.