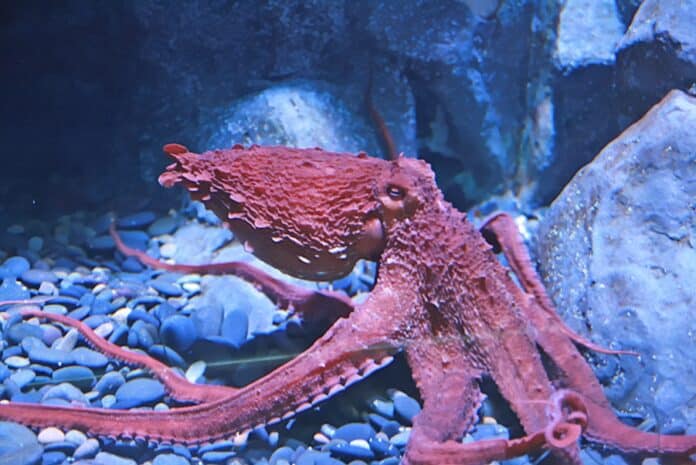 Cornell Researchers created a new camouflage tool which will blend in with any environment.

Engineers at Cornell University are currently developing a new camouflage method which will be able to imitate shape-shifting octopuses using a programmable 3D, silicone material, which can be used for both robots and several other military applications.

CBC reported that the soft robotics industry stands to benefit greatly from the new camouflage. The devices will not only be able to execute military operations but will also be able to change color and even texture to blend in with any environment.

The past decade has seen great strides in the robotics industry. In the past few years alone robots have become sophisticated enough to perform surgeries, conduct orchestras, and even to serve as panelists at UN panel discussions. However, the largest obstacle to robotics is their unnerving appearance.

New technology in soft robotics and artificial musculature could soon change this and allow robots to become more implemented in everyday life. Several researchers and experts have stated that before long robots will be able to look and feel like human beings.

According to James Pikul, lead author of the research paper, robots will soon have soft human-like skin, as well as a capability which will allow them to change their form at will. Pikul developed the 3D silicone material along with Cornell colleague Robert Shepherd.

Pikul stated that so far the biggest obstacle to robotics is controlling the soft materials. While the field of soft robotics is still in its infancy, the industry has made great progress. Earlier this year, another group of researchers announced their invention of inflatable 3D printed musculature materials that had the capability to be programmed.

Pikul’s material consists out of a balloon-like silicone material which has been merged with non-woven fabric. The elastomer that is layered over fabric rings allows for the “skin” to be inflated. There is an algorithm which ensures that the correct amount of air pressure is applied to create different textures.

According to Pikul, the researchers were most interested in the idea of vanishing interfaces.

Pikul used the example of a car dashboard. A plain dashboard can be infused with the skin to look like an average dashboard, but once inflated it can become a 3D map, which would give drivers a more unique and accurate navigation experience.

The report confirmed that their findings were supported by the US Army Research Office.

Pikul and his colleagues drew inspiration from the ocean and its creatures. Sea-dwelling creatures are notable for their ability to disguise themselves in their environment. The skin of a sea animal is made up small bumps, called papillae, which essentially function as muscles which can expand or retract as necessary to create different textures. The textures and colors allow them to blend in perfectly with their environment.

The researchers particularly look towards octopuses. While under attack or in distress, octopuses can camouflage themselves perfectly in any environment to hide or escape detection from enemies.