Pokemon Go is official on iOS and Android and it is breaking the internet with almost every news source talking about it. The famous 90s video game has turned out to be a legendary smartphone game but is currently available in limited countries, the UK added to the list.

Starting from July 6, 2016, the cute insect collector game has been released to iPhones and android devices across Australia, New Zealand, Japan, the US, Germany, and now finally the UK. The GPS-based Pokemon Go is a courtesy of developers who brought you Ingress, which is also based on the same principles.

The gameplay requires traveling and once players come across a Pokemon on the map in its Augment Reality version, they capture it by throwing Poke Balls. But even with so simple interface, the smartphone game has become an overnight hype boasting an estimated 7.5 million downloads.

ALSO CHECK OUT: SAMSUNG GALAXY NOTE 7 TO BE ANNOUNCED THIS AUGUST

The popularity of Pokemon Go is ravishing. If the predicted numbers are accurate, then it has been downloaded more times over a week than Tinder has been in its entire lifetime. Experts say if the installs continued at this rate, the game could easily break the record of social media apps like Twitter.

If you can’t see the app on App Store or Play Store you probably will have to wait till the latest Pokemon game is available in your country. All players of the game are advised to avoid gameplay while driving.

How to Use iPhone Spy App Without Installation 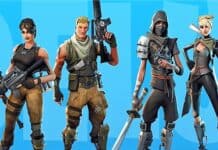 China Plans to Triple Weapons Production in 10 Years with AI-Powered...