Until the iPad, tablets were niche products that were hard to use, not very user-friendly, and without any diversification points that could bring them appeal with the mainstream market. But after iPad took the world stage, the world went crazy about these relatively small computers that could connect to the internet, allow you to read your favorite news, watch YouTube videos, read books, and watch TV shows and movies; the future of tablets looked bright. As you can see, many points of diversification suddenly popped out of thin air. But the most attractive feature of iPad, and later on most modern tablets was the ease of use. In just a few taps of the screen you could consume any content without the need for desktop or laptop, almost 80% of the stuff you did on those now bulky machines could be done on tablets, they were on fire. Later on, the market gradually got crowded, there were too many models and people who bought them didn’t need a new one since their old tablet was good enough for the majority of tasks, except for playing newest games. The future of tablets suddenly wasn’t so bright and filled with potential growth.

Check out Tablet PC Do you really need one?

Now we came to the point where the future of tablets isn’t as bright as it was just a few years ago. Innovation is desperately needed (Microsoft did a good job with Surface Pro but the price is still too steep to launch Surface into the mainstream market), without it, tablets could end up like their cousins netbooks, now buried deep in the cemetery of failed tech trends. This text will show you their humble beginnings, their rise that made some analytics to claim that the era of PC is ended (again), the current state of the market and finally, the (potential) future of tablets, where they can go and what their fate could be. 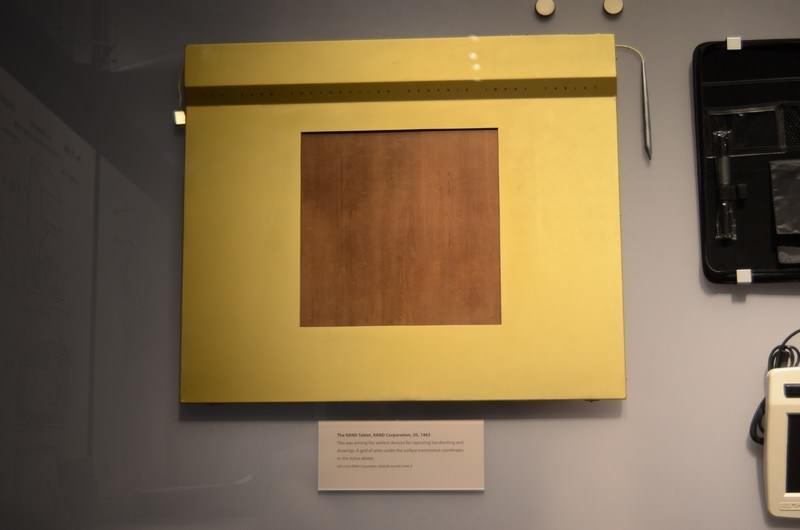 Tablets aren’t as new as many people believe. First prototypes were made way back in 60’s when the first concept, dubbed The RAND Tablet saw the light of day. Alan Kay came up with Dynabook concept in 1972, but those devices weren’t able to do pretty much anything and were more of a look into the future than actual devices that could be offered to the mass market. In 1987, Apple sponsored an interesting competition named The PC of the Year 2000 which offered a prize for anyone who could construct a prototype of a device that could be the PC of the 21st century. The winner was a strange looking prototype named “Tablet: Personal Computer of the Year 2000.”

The description of the device stated that “This rectangular slab will…have no buttons or knobs to play with…On powering up our machine, icons representing…a host of applications will appear.” Furthermore, description included a touchscreen, in the end perfectly describing the first iPad. As you can see the ideas were there but the level of technology just wasn’t enough to make it real. 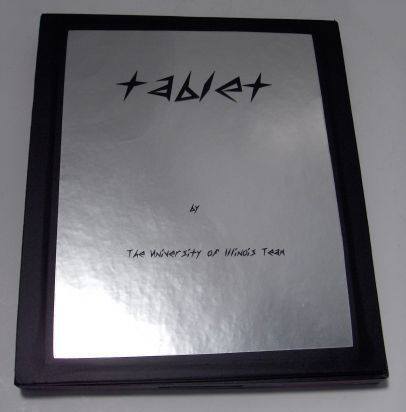 Tablet: personal computer of the year 2000 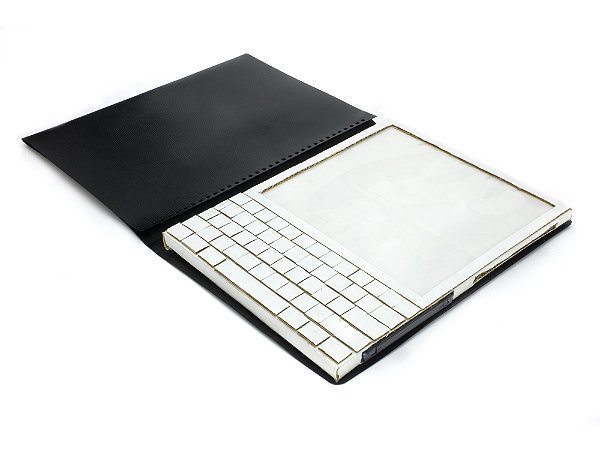 During the first years of 21st-century tablets appeared again, this time as actual working devices, but this time, the software wasn’t ready for touchscreen input. Many of us remember Microsoft’s Windows XP tablet edition, unfinished OS that, in theory, offered full XP experience but in reality Windows just wasn’t made for touchscreen and tablets remained a small niche filled with bulky, over expensive devices that couldn’t replace even the cheapest laptops. The future of tablets was nonexistent, but then a miracle happened (well, more of a promotional miracle) from a marketing wizard called Steve Jobs. 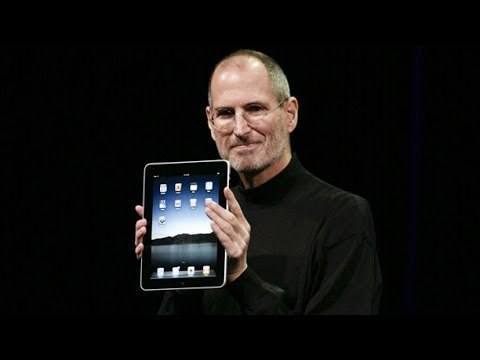 The Rise And Creation Of A Completely New Market

The year 2010, iPhone is holding the better part of the smartphone market, Android is slowly gaining users, Windows phone is practically a margin error. Steve Jobs wants to further expand Apple’s portfolio but he knows well that adding too many devices will water down the quality and brand equity. After all, he saved Apple in his second coming, company’s portfolio was greatly reduced, its attention turned to just a few devices that had huge brand recognition and a fanatically faithful user base. Mac Book again became a premiere device, iPod destroyed the competition and iPhone practically introduced touchscreen smartphones to mainstream market.

Check out Screenless display, is it possible?

iPhone was a perfect testing ground for that old idea of a device that could replace the PC in almost every way, with a sleek touchscreen interface and small form factor, more mobile than a laptop is. iOS was perfect for a device like a tablet, and the hardware was finally advanced enough for Apple to offer a relatively small device that could replace you PC, having a battery that could give you a whole day of use and is extremely mobile, making it the “perfect choice for everyone.” The future of tablets was the brightest during 2010, iPad was released and Apple secured another victory and has again opened a completely new market in which they can reign without any serious competition.

The Explosion, And Beginning Of Stagnation

The price was too high for everyone to have one, Android manufacturers saw this and we arrived in the era of cheap tablets that allow you to consume any kind of content from the palm of your hand. Bigger screen meant better experience when browsing, watching videos, reading books, almost everything was easier to do on a tablet than on PC or smartphone.  When 7-inch tablets arrived, the market exploded, PC sales went down the drain during the period of 2011-2014, many believed that tablets are the future, the term “Post-PC era” became popular. In time, every person who needed a tablet got one, and now we come to the point when the tablet market is slowly stagnating, sales are dropping every quarter, and there aren’t as many cheap tablets as there was just a couple of years ago. The future of tablets is foggy and no one knows what’ll happen in the coming years.

Major change in the market that contributed to the start of a decline in tablets sales was the arrival of fablets. Samsung’s first major breakthrough is the Note series, a complete rehash of a smartphone formula that offered big screen perfect for watching videos or surfing while at the same time keeping the size of a device in the pocket-friendly area. Another problem is that tablets stayed mostly consuming devices; you can’t finish any serious work on them, even with the keyboard attached (that slowly started to change) and the final nail in the coffin is the fact that technology hasn’t advanced rapidly in the past six years. To be competitive with notebooks and PC’s tablets had either to adopt x64 processor architecture (like Microsoft did with the Surface Pro) or to further advance the ARM architecture so that tablets become suited for serious work like Apple tried to do with A9X, the chipset used in iPad Pro. Although they claimed that A9X is on the same level as classic laptop CPUs tests showed that A9X is still outperformed by Intel’s Core M CPU.

The Present, And The Potential Future Of Tablets 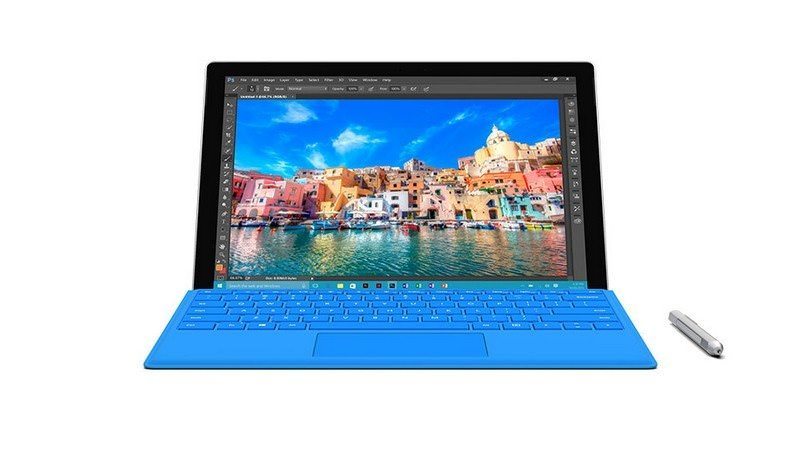 Today, most manufacturers are trying to make tablets more powerful, fit for tasks that could only be finished on PC’s. Microsoft Surface Pro, Apple iPad Pro, Samsung Galaxy Tab Pro are all trying to offer a powerful devices with bigger screens and optional keyboards, devices that will leverage their advantages while at the same time offering features that were only available on PC’s and Mac’s (Full Office packet, Photoshop that will allow you to do more than just a few changes before posting photo on Instagram, bigger capacity batteries and quality keyboards suited for long writing). The problem is that all this can be done on ultrabooks (a sort of revenge of netbooks from the grave), they are cheaper and pack full Windows OS suited for creation of content, not just for consuming it and have almost the same mobility as tablets. 2-in-1 hybrids tried to close the gap between tablets and ultrabooks but most of them are either seriously underpowered of seriously expensive. Decline in sales is obvious and even Apple reported that they expect for the tablet market to decline during this year. 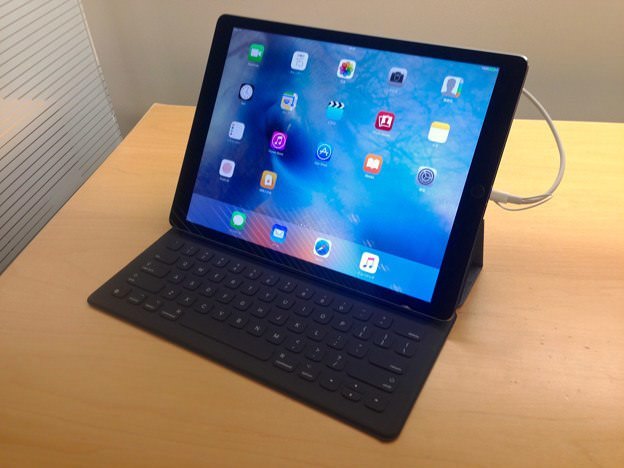 To secure a better future of tablets, manufacturers have to do a couple of thing:

Only when all these are achieved, the future of tablets can become something to be excited for.

Thank you for staying with us to the end; we hope that this article gave you interesting information about the past, present, and future of tablets. We believe that they are just too popular to fade away into gadget history, but if some radical changes don’t happen, tablets could soon become a niche product, again. 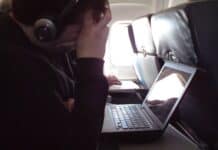 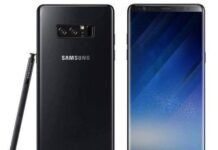 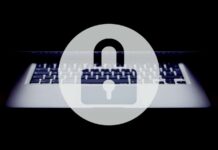 Use of Technology In Agriculture

How to Start a Wordpress Blog