Microsoft has decided to continue its support of hybrid computing environments as one of the company’s main cloud differentiators.

The officials from Microsoft have blogged three hybrid migration tools on April 12, and the said tools are now available to all of the company’s customers.

Another tool, Azure Site Recovery, that’ used for migrating virtual machines from VMware, Aws, and Hyper-V to Azure, is getting another new option. It’s been said that Microsoft users will soon be allowed to tag virtual machines that are within the Azure portal, and it’s expected that this will simplify Windows Server virtual machine migrations.

Users will also be able to activate the Azure Hybrid Use Benefit, and this will be done directly, in the Azure Management Portal itself. The company will even provide a Cloud Migration Assessment tool, in order to help their users with estimating the cost of moving to Azure.

Azure Active Directory B2B authentication service is also being made generally available on April 12. Public previews of Azure AD B2b and Azure B2C were made available by Microsoft back in September of 2015, and their aim is to provide secure authentication across on-premises, hybrid and cloud configuration.

B2C was designed for the developers who are interested in creating services and apps that can authenticate with certain consumer identity services, for example, Google and Facebook. It’s said that B2B was suited for authenticating between business-to-business partners, claimed Microsoft officials.

The company has made Azure B2C available in the US last summer, while today, B2C expands to Europe as well, including European data centers that store data locally. And as for B2B, it’s available as part of Microsoft’s Enterprise Mobility + Security suite.

There have been some speculations that Azure AD B2B might be used for providing guest access for Microsoft Teams, Microsoft’s slack competitor. When asked about this, the spokesperson for the company has stated that they have nothing to share on the subject, so for now, it will be considered as ‘maybe’. 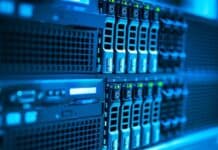 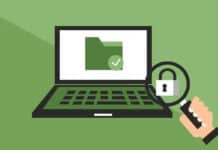