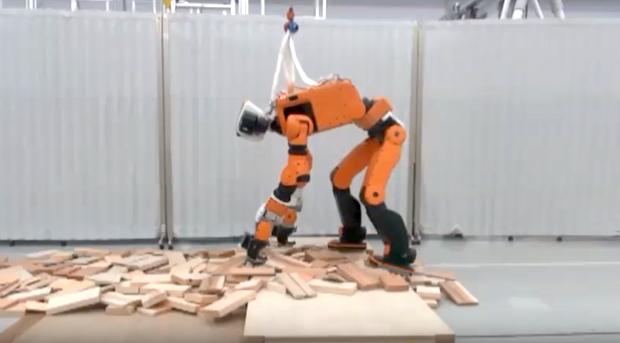 Japan’s rapidly aging population and shrinking workforce challenge its companies to innovate in automation. This challenge is being felt particularly strongly in the construction industry, which has been slow to adopt automation to date.

Workers and governments around the world are worried about increased unemployment as companies automate their processes, replacing human workers with sophisticated robots. In Japan, a rapidly aging population has flipped the problem on its head, with companies in a race against time to automate their businesses as large numbers of Japanese workers approach retirement age, with no new young workers to replace them.

More than 25% of the Japanese population is currently over 65, and if current trends persist, that number will increase to 40% within the next 40 years. This is a serious challenge to all of Japan’s industries but in particular those such as construction where the current limits of robotic technology mean that automation is still in its infancy. The Japan Federation of Construction Contractors estimates that there will be 1.28 million fewer construction workers in Japan in 2025 than there were in 2014.

Companies are racing to produce new robots to aid construction activity. For example, Shimizu is about to test a series of new robotic tools. A welder that will have a robotic arm and use lasers to determine how to weld the contours of a groove. A carrier designed to move materials along a designated route. Plus a multipurpose ‘buddy’ lifting tool that will allow three people to lift 200kg, a task that would previously have required six.

While the new Shimizu tools are designed to work alongside human workers, currently most automated tools such as assembly robots and autonomous, self-navigating vehicles such as forklifts, are only being deployed for night and weekend work. The new and untested technology makes workers nervous, and they do not feel safe working in the same space. These fears will only have been fed by the recent Uber and Tesla self-driving car crashes.

Based on current technology, widespread deployment of automation within the Japanese construction industry would still only account for 1% of labor, barely making a dent in the approaching workforce crisis. This is because robots still struggle to work in changing and unpredictable conditions, as construction sites inevitable are, or deliver detailed work such as finishing. As such, most robots require and will continue to require human supervision.

Some companies are also hoping that increased use of robots and automation will encourage more young people into the industry. Young people have not been flocking to the industry due to the long hours, hard work and low pay. The changing conditions on constructions sites may attract new young workers with different skills.

Will the current Japanese investment in expanding automation in the construction industry bear fruit fast enough to deal with the approaching workforce crisis?

Extraordinary Abilities could be a Reality with New Robotic Glove