Google has managed to surprise and catch off-guard everyone once again last year after their ‘thesis’ came in shape of a red Maserati Ghibli. To most people, this car that was simply parked near the Google I/O developer conference probably looked relatively ordinary. Apart from the fact that it’s a sports car, which isn’t that unusual in the Silicon Valley, this car is also something else, which managed to catch the attention of many car manufacturers.

Even the automakers that have had actual fears about giving away too much control to a non-automaker like Google now started to support their idea. And what is this all about? Well, Google thought of a new way to surprise people, by introducing an Android-powered car.

A new version of Android, that was introduced by Google last year and has its system made for both tablets and smartphones was now tweaked. This allowed carmakers to include the systems that can be used for information, entertainment, as well as cooling, heating, and alike. Maserati Ghibli was improved by Android engineers, and it now has a 15-inch touchscreen, and it’s a perfect example of what this new technology can be like.

This was such a shocking turn of events because many of the carmaking companies have spent millions on several years long software development. And now, they’re beaten and surpassed by a smartphone technology. After seeing what Google had to offer, they’ve started questioning their own methods of building systems from scratch.

Everyone has already adopted this new, a car with a smartphone platform from 2015 that has managed to bring all of the smartphone’s functions to the screens of vehicles. Unsurprisingly enough, Apple’s CarPlay branch has released something similar in the same year.

Volvo and Audi were the first two companies that have openly expressed their interest in building Android into their vehicles. They both announced their new partnership with Google that’s officially starting now, and Google will return the favor with demonstrations of the new systems on Volvo V90 and Audi Q8.

Volvo is even expecting that the shipment of these new cars will start in two years, while Audi thinks it’s better to wait a bit longer. Despite this, Audi has said that having Android as their system would speed up their development, as well as connect them to app developers. Which means that the infotainment systems in cars could soon match the one on our phones.

Even Google itself thinks that having Android in cars would reduce the cost of creating them. Some automakers have used some of the Android’s older systems in their cars, and Google was trying to insert some of its services (like Google Maps) into the car’s original software. However, this was both expensive and slow. However, it’s now believed that the process will speed up and that the cost will be reduced.

Many think that it’s reasonable to assume that the cars in the near future will have an Android system. This is due to the fact that many people are using Google’s services on other devices, and that they have good experiences with them. That’s why they’re expected to wish to have the same services in their vehicle, and vice versa.

Android in cars and Google’s other project Waymo now seem even more destined to someday become the same project. Even the self-driving cars need an infotainment platform, and a lot of opportunities are believed to lie in that field. 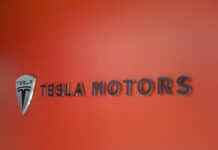 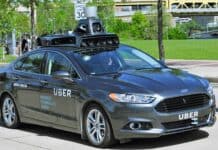