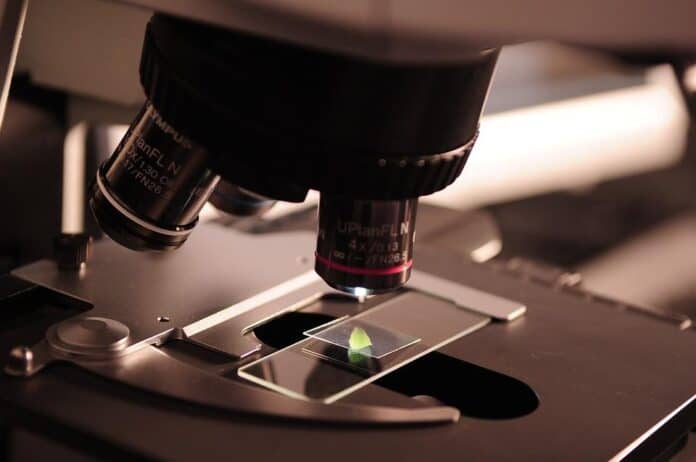 Engineers at the Rice University are working on the build of FlatScope, a flat microscope, as well as a software that would be able to decipher and trigger neurons in the brain.

They are aiming towards finding new ways of directly delivering sight and sound to the brain.

This week, Defense Advanced Research Projects Agency (DARPA) shared an announcement about their $65 million project which goal is to develop a high-resolution neural interface. One of the goals of this program, which is called the Neural Engineering System Design (NESD) program is to find a way to better a person’s hearing loss or vision loss by sending digital information directly into parts of the brain that are able to process it.

Their first focus will be a vision. For this project, Rice’s Electrical and Computer Engineering Department collaborated with John B. Pierce Laboratory. With the budget of $4 million, the team will try and develop an optical hardware and software interface over the course of 4 years. What the optical interface will do is detect signals from neurons modified into generating light when active.

Current technology that is used for monitoring and delivering signals to neurons is very limited, Rice team claims. According to Jacob Robinson, with only 16 electrodes, systems are very limited when it comes to capturing and representing information from the brain.

In charge of the development of a thin interface able to monitor and stimulate a majorly higher number of neurons are Richard Baraniuk, Ashok Veeraraghavan, and Caleb Kemere. Their goal is to find a way to send hundreds of thousands, if not millions of neurons in the cortex, brain’s outer layer.

Their inspiration comes from the technology that produces extremely dense processors with billions of elements on a single chip for the modern cellphones.

Some of the teams that participate in this project are set developing a device that would have thousand of electrodes connected to a single neuron, Kamere said. The ultimate goal is to create a microscope that would be able to visualize a thousand neurons.

For this, neurons need to be visible. This is where bioluminescence comes in – the idea is to program neurons with proteins that would release photon once they’re triggered. According to Robinson, this isn’t as unlikely as it might sound, since the bioluminescence method is already used for measuring electrical activity.

FlatScope is a cousin of FlatCam, a project which goal has been to make bulky lenses in cameras less bulky. FlatScope will take this even further, making the lense so small it could comfortably sit between the brain’s cortex and the skull, all with the capacity to recognize and deliver signals from millions of neurons to a computer.

They are also changing FlatCam’s algorithms in order to handle information from the brain’s interface. Veeraraghavan said that their project should be able to capture three-dimensional images in the end, abling them to see not only the surface of the brain but also down to a certain depth. This is where the developers believe most of the computation is happening.

Another goal of theirs is to find a way to wirelessly power and gather information from the interface.

Kamere said that what they are going is amazing, with all three of their challenges pushing the boundaries. What he believes is fun about the project he is a part of is that they decided to take it in multiple directions.

Apple’s iPhone sale dwindling along with iPad and Mac

Almost 1M British Jobs could be Replaced by AI in The...