You sweep around the track at breakneck speed, going through gates, making impossible turns. The adrenaline is swirling through your body, there’s only one lap left. You enter the last lap in the first position, confident in your win; but suddenly you crash into the wall and all is lost. Fortunately, you haven’t suffered any injuries because you were racing with a drone, viewing the track through a real time feed coming from its camera. All is well, except your quadcopter which is destroyed, so the first thing you do after the race is get a new one and go on the track again. Because the feel is so overwhelming, so exciting that you need to race again. Because that sensation of flying is one of the oldest of humanity’s dream, and with drones, it finally became a reality. Just put your video goggles on and enjoy the freedom. Welcome to drone racing, the newest sport that’s getting more popular with each passing day. 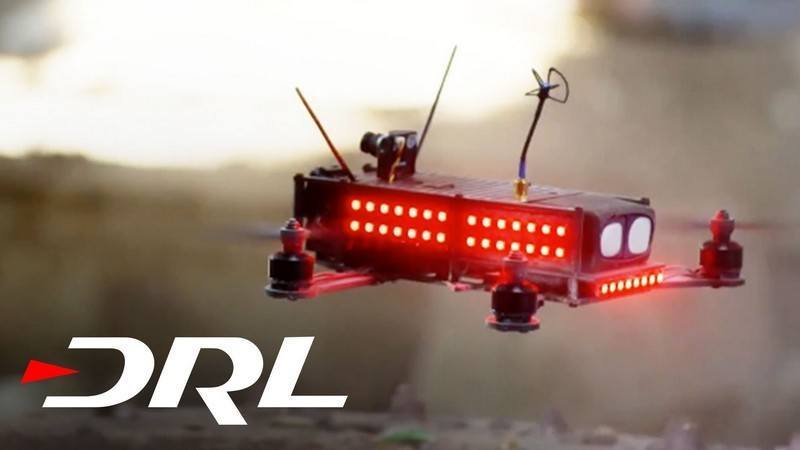 The Beginnings of Drone Racing

As with every motorsport, drone racing started as an underground thing. People modified their drones, building them for speed and maneuverability, for the price of safety and sturdiness. It all started less than ten years ago, with RC planes. People mounted cameras on them, using them to make video clips and put them online. This became popular, driving more and more enthusiasts to try it.

When drones became more advanced, it was time for them to become the main way of making those incredibly cool videos. More and more people decided to use drones for this, and at one point someone came to an idea of making drones suited for racing. But in the early days, money was the main problem. Only people with enough money and desire managed to build custom drones fitted for racing. As technology advanced, this hobby became cheaper, enabling almost anyone who has enough time and a passion for building one to go racing. Cameras got miniaturized, making them small and light enough to fit onto a drone without compromising on its speed and maneuverability. And when the FPV glasses, the main component besides drone, finally became available for everyone, drone racing exploded. 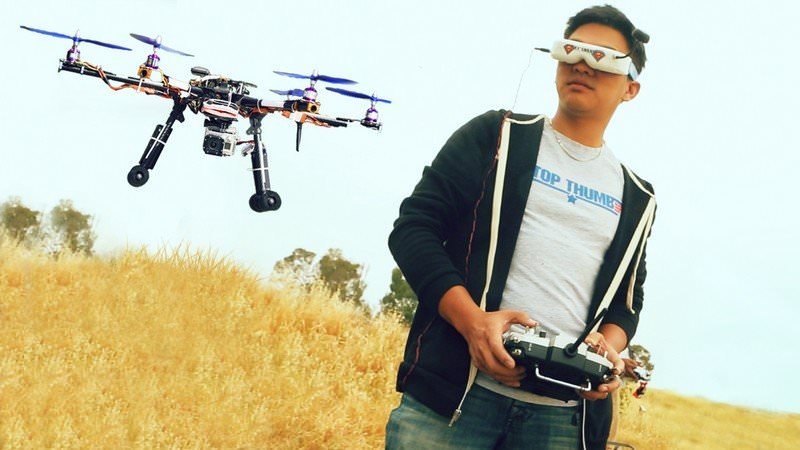 Two main components of drone racing formula are FPV glasses and a drone. FPV glasses enable the pilot to experience the flight like he or she is actually in the drone’s place. Live video stream is sent from drone to pilot; this way pilots can control drones like they are inside them, making sharp, split-second turns without hassle. It’s simple, you can’t control drone in a way like that if you watch it from a distance, and you’ll be crashing into the first obstacle in a matter of seconds. The problem with FPS video feed is that digital, HD quality feed is just lagging too much, and digital transponders are generally a bit heavier than analog ones; this is important because every extra gram of weight can slow down the drone.

Just imagine, if going at such breakneck speeds, even the smallest lag can be disastrous. So, instead of using higher quality digital signal, drone pilots use an analog signal, that doesn’t have the prettiest image, but is much faster than its digital cousin.

The second part of the formula, drones, are not regular drones you can now see all around. They are lighter, without any unnecessary parts and with custom-made engines, more powerful than regular models; suited for racing and racing alone. Lightweight, they pack just battery, camera, and an analog video transponder. When they crash, they are gone for good, and this is the main problem drone racing is having at the moment. But since the prices are constantly falling, it is possible to get a new custom-made drone for just a couple of hundred bucks. Although this seems expensive, just a couple of years ago the prices were in the four digits area. Drones are equipped with LED lights, in order for the crowd to see them; it would be a waste to watch a race without actually seeing the competitors. 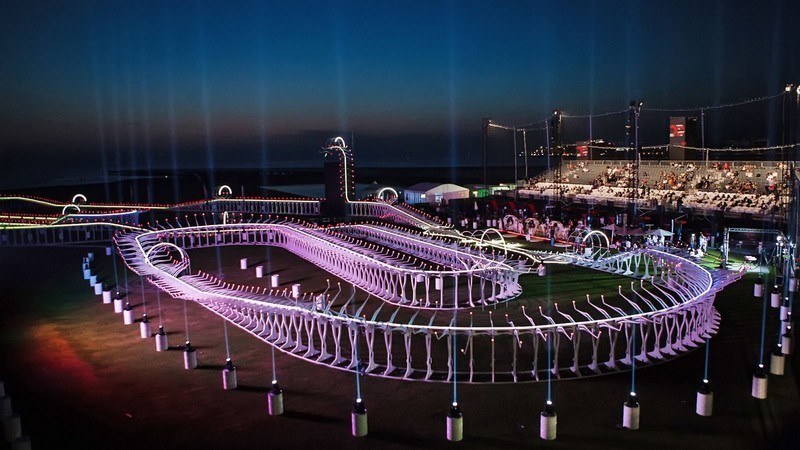 At the beginning, drone races were organized just for fun. After a while, companies and rich individuals saw the potential of the sport and started organizing races with money prizes. Last year saw the foundation of WORD (World Organization of Racing Drone) and a World Drone Prix is announced, with a prize pool of one million dollars.

In the US, Drone Racing League is having its first season; the races are conducted in closed areas, like the Miami Dolphins stadium. The best thing about drone racing are the tracks. They are three dimensional, making races extremely exciting to watch; pilots must avoid obstacles, duck under them, pass through gates, change their altitude, make sharp turns; all that while piloting drones at 70 mph. DRL decided that every pilot use the same drone, all of them made by DRL. This way, the individual skill of pilots will be decided, making things even more exciting. Also, because drone crashes are relatively frequent, all races have multiple heats and the best times are used when deciding winners.

Unlike most other motorsports, drone racing is available for almost anyone. Race kits, which include assembled drone and a pair of FPV goggles, can be found for a just couple of hundred bucks; you can race almost everywhere; in an abandoned building, in a factory, outside, you don’t have to go on a racing track to experience this exciting sport. Another thing that can raise the sport to new heights is the incredible feel while piloting the drone wearing FPV goggles; it is incredible, like flying yourself. The problem right now is the brittleness of drones; they are built for speed and don’t have any armor or such that can protect them from falls. Another problem is the video feed technology; the signal can still lag, and if it’s lost for just a second there is a high chance of crashing when running around at 70 mph.

Drone racing will become popular, you’ll see. It just needs more media coverage (and by that I mean coverage from mainstream media, since there are thousands of racing videos on YouTube), a proper promotional campaign and it can be the next big thing in sport. It is available to anyone, it is easy to learn the basics, and it is incredible to watch and pilot drones. Just wait for a couple of years, and you might catch yourself watching the Drone Gran Prix on your local sports channel.

Why Tesla Motors Rocks When It Comes to Green Future